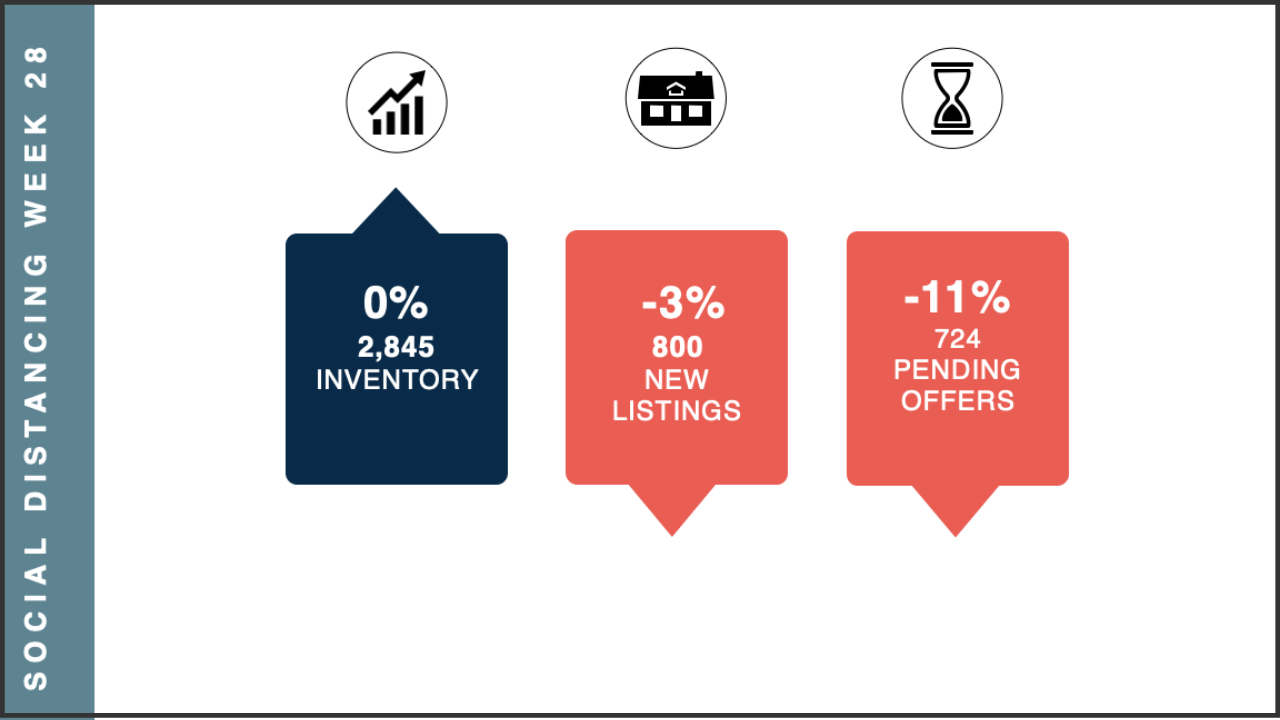 We're taking a look at the week of September 20th through the 26th in the suburbs north of Boston.  Specifically, Middlesex and Essex counties for single-family homes and condominiums.  Last week we had 2845 homes available on the market, very similar to what the numbers were the week before. New listings decreased by 3% compared to the previous week with 800 homes coming on the market. The number of homes to go pending last week was 724 - a decrease of 11% compared to the week before. Overall 25 of the market out there did get absorbed through pending listings. Which shows that it remains a strong seller's market. Although that number ticked down slightly from what we've seen in the last few weeks, for sellers out there, if you are considering a move, we suggest coming on the market sooner rather than later.  Especially with the approaching holidays. For buyers out there there is a strong seller's market, we are seeing multiple offers all the way from Boston to New Hampshire.