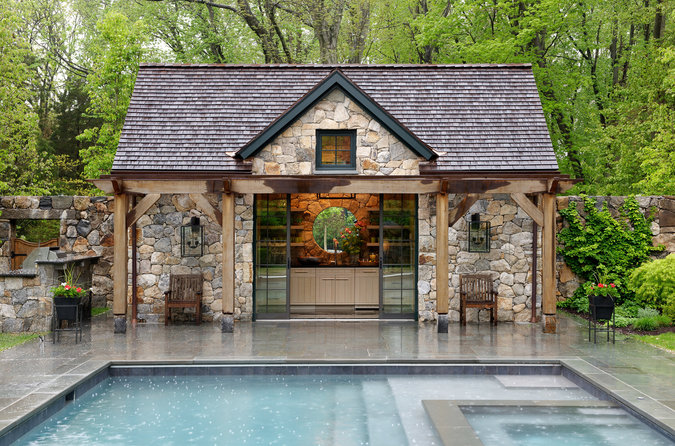 How photogenic is your home? Perhaps the question has crossed your mind in this snap-happy, hygge-obsessed Instagram era. Whether you are selling your apartment or listing it on Airbnb, a camera-ready home is a must. An inviting photograph can draw in people scrolling through listings online; a messy or disheveled room will quickly turn them off.

To find out how to make your home look as if it belongs in a shelter magazine, we reached out to professional stagers and interiors photographers for their advice. Here are some of their suggestions for creating a picture-perfect home.

CLEAN AND DECLUTTER “Don’t be afraid to strip down 70 percent of what normally lives on any surface,” said Laure Joliet, a Los Angeles-based photographer whose work has been published in The New York Times, Dwell and Domino. “Instead of having lots of little things along a countertop or table, have one bold vessel or large plant, or a trio of objects that read as one whole. This helps anchor the photo and keeps the space feeling serene.

Clear away family photos, plants and knickknacks from the windowsills, coffee table, piano top and other surfaces. In the kitchen, remove towels, refrigerator magnets, sponges, paper towels, dish detergents, mats and most small appliances. Throw the mail piling up on the counter in the junk drawer if you need to. Stray items can be stuffed in a closet, under the bed or even hidden on the side of the room the camera won’t capture. (Of course, if you are planning on having an open house, more intensive measures are in order.) In the bathroom, open the shower curtain, remove all toiletries and wastebaskets, and close the toilet lid. Fold towels in thirds the long way, then fold in half over the towel bar.

LET IN THE LIGHT Wash your windows, open the curtains and pull up the blinds. “Natural light allows for depth in the shadows and highlights in the window, which makes a room look the way it feels,” Ms. Joliet said. “It’s more human and more relatable. Also, because shelter magazines are often shot this way, it can make your real estate photos look that much more high-end and designed.” And if your fireplace is in good working order and the season is right, light it up.

STEAM THE BED “No one wants to look at a wrinkly, unkempt bed,” said Cheryl Eisen, the president of Interior Marketing Group, which specializes in staging and designing luxury real estate. For a crisp-looking bed, Ms. Eisen uses a hand-held steamer to rid the pillows and comforter of any wrinkles. “We typically start with two stacks of two freshly steamed pillows laid flat, with long pillows on the bottom and standard size on top,” said Ms. Eisen, who prefers soft textures and muted colors rather than patterned spreads. “To create the appearance of a wider bed, match the edge of the pillows with the edge of the bed.The pillowcase openings should lie outward.” Center a throw pillow against each stack of pillows and prop it up with a soft karate chop in the middle, she added, “to create a showstopping bed.”

ADD ACCENTS A pop of color in the way of flowers or throw pillows is always welcome. “Instead of a fussy bouquet, a vase filled with one type of flower, or greens, is best,” said Ms. Joliet, who recommends eucalyptus branches. “I think everyone is tired of seeing a bowl of green apples, so try some simple flowers or greens in a vase instead.”

For a perfectly placed throw, “grab the middle of it and hold it up so that the throw cascades evenly down, and then place it diagonally at the foot of the bed, with the point up toward the long side of the bed and the fringes hanging slightly off the front,” said Donna M. Dazzo, president of Designed to Appeal, a home-staging company. “You can also place it on a bench in a bedroom. Use the same trick with holding it in the middle: Lay it across the bench diagonally, so that the pointed tip is on the bench or off the back of the bench, and the fringe is hanging off the lower left corner.” Another option: Drape the throw over the top or across an arm of a chair, she said, tucking the bottom behind a throw pillow or allowing the throw to cascade off the arm.

LOWER THE ARTWORK “We tend to place our art a little bit lower than maybe somebody would in personal use, because in a photo, if you place it too high, the ceiling looks very low,” said David C. Salvatore, creative director for Edge Mid-Century Designs, a staging and vintage furniture company in Clifton, N.J. “Everyone loves high ceilings — and certainly, if you have the ceilings, you need to put in a huge vertical piece” to show off the height.

CONSIDER YOUR PETS So as not to alienate potential buyers who are allergic to hamsters or do not like dogs, most real estate professionals recommend keeping pets and their accouterments out of photos, no matter how adorable your dog is. But a furry friend can also add an element of fun to an otherwise staid photo. If you decide to include a pet, consider the color of its coat. Some dark-colored pets end up looking like dark blobs on sofas or rugs, depending on light and furnishings. But always hide chew toys, feeding bowls, litter boxes, pet beds and cages.

BOOST THE CURB APPEAL Rake leaves off your lawns, remove any trash or recycling bins from view, and prune overgrown trees, “especially if they obscure the view of the house,” said Alberto Lau, a retired architect with a second career as an architecture, interiors and real estate photographer in San Diego. “Take the cover off the barbecue grill unless it is hopelessly rusty, in which case it’s better to move it off the frame of the photo.” 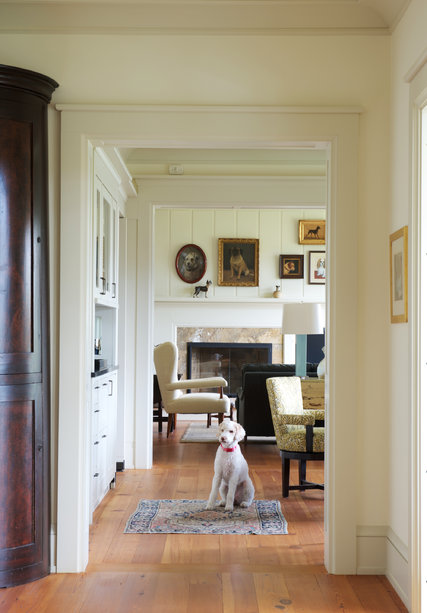 Experts are divided about including pets in photos, but they agree on hiding the toys and food bowls.

Also, clear any cars from the front of the house and driveway. “If necessary, place cones or signs requesting others not to park in front of the house,” Mr. Lau said. If you live in the city, try to schedule the photo shoot on a day that street cleaning is happening, to reduce the number of cars and trucks in front of your building. And if your house has a pool, be sure to uncover it and turn on any hot-tub jets.

DON’T WORRY ABOUT THE WEATHER “Weather doesn’t matter as much as widely believed,” said Jane Beiles, who specializes in interiors and architectural photography and has been a regular contributor to The New York Times since 2013. “A good photographer will figure out the best shots in any conditions. For example, when I have posted the same pool house on social media, I had just as much positive feedback to the rainy-day image as I did to the classic twilight shot or a sunny daylight shot,” she said.

But too much sun can pose a challenge. “On sunny days, every flaw — whether it be a wall, the floor, every speck of dust — gets more pronounced with harsher light, and is less flattering to the apartment,” said Michael Weinstein, the founder of MW Studio and a real estate photographer for more than 20 years who works with major New York City brokerage firms like Halstead Property and the Corcoran Group. “Oftentimes, I prefer to shoot on cloudy days,” he added, noting that “soft light tends to make the room feel more calm and soothing, and imperfections are less pronounced.”

BRING IN A FRESH EYE “Too often, the worn carpet or scuffs on the walls are invisible to home sellers, because these become part of the house and they don’t even see them anymore,” said Ms. Dazzo of Designed to Appeal, who recommends bringing “an honest friend” in for a walk-through. “I once did a staging consultation and asked the homeowner whether the blue plastic on the foyer ceiling was covering something. She said, ‘What blue plastic?’”

It turned out that the homeowner had covered up a fire alarm years earlier, because it went off every time she cooked. “She came into her home every day and stopped seeing it,” said Ms. Dazzo, who noticed it right away. “How could you not?” she added. “It’s blue!”